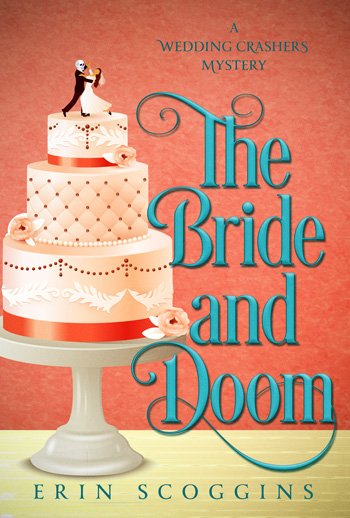 The Bride and Doom

She can’t skip town until her aunt makes it to the altar. When a killer crashes the party, can she save the bride-to-be from honeymooning in jail?

Glory Wells thinks her life can’t get much worse after her con artist husband runs away with her money and her pride. Low on self-respect and high on misery, she reluctantly returns to her small hometown for her eccentric aunt’s fourth trip down the aisle. But she finds herself in hot oil when the wedding planner is discovered dangling from the ship’s mast like the fresh catch of the day.

With her food-loving aunt as the prime suspect, Glory sets out to rustle up the truth. But a pirate-themed wedding, a bedazzled chicken, and a zany cast of characters from her past may be a recipe for disaster. And as Glory struggles to manage this homicidal mutiny, the culprit simmers frighteningly close to home.

Can she pick up the pieces of her life, survive two weeks of Southern-fried family time, and solve the puzzle before she’s the next overcooked victim?

The Bride and Doom is the hilarious first entry in the Wedding Crashers humorous cozy mystery series. If you like outrageous hijinks, small-town gossip, and a sprinkle of Southern charm, you’ll love this lighthearted whodunit.

This cozy mystery did not disappoint. From the recently disgraced protagonist forced to return to the small town she had hoped to leave in the rearview, to the quirky cast of characters… this story had me hooked, chuckling, and guessing at the true murderer from the beginning.
Monica Cox

Until the day my husband ran off with my cash box and my dignity, I swore I’d never set foot in Flat Falls, North Carolina again.

But fate and my dear Aunt Beverlee had dragged me back to town on an ordinary Thursday, and instead of an afternoon spent eating cheese puffs and binging on Gilmore Girls reruns, I found myself climbing out of my dusty old Honda in the one town I had sworn I’d never visit again.

I kept my promise for almost ten years, steering clear of my beachfront hometown like some people dodge getting Pap smears. Ten years of carefully planned evasion.

I swatted a fly from in front of my face and glanced down at the address I’d scribbled on the back of a Chinese take-out menu when Beverlee called in a panic that morning.

I had debated answering, knowing Beverlee would turn inside out if she knew how my life was really going. But guilt was a powerful persuader. If I didn’t pick up, she would keep hitting redial until she wore me down. Or worse, she would fire up her convertible and drive the three hours to Raleigh to check on me herself. Hell hath no fury like a Southern woman who thinks she is being ignored.

“Did I wake you, Glory Ann?” she had asked, her voice thick and slow, like pancake syrup. “I’m never sure how early it’s acceptable to call. You’re likely to have been up late networking at one of your fancy shindigs.”

I grimaced. If she meant sitting at home alone, eating cream-filled donuts from a box and watching reality television, my life was one big fancy party these days.

Beverlee filled me in on all the happenings in Flat Falls as if it hadn’t been almost a decade since I rode the bus out of town with fifty dollars in birthday money, my diploma, and a suitcase stuffed with romantic, big city dreams.

She chattered for ten minutes about the conch shell she discovered on her morning beach stroll, the end of tourist season, and the success of her new spicy clam fritter recipe, while I issued noncommittal conversational noises and hunted for the remote buried beneath the cushions of the sofa that was doing double duty as my bed.

I suppressed a groan. “Can I call you back later, Beverlee?” I fished out a quarter wedged against a spring and held it up in triumph. Every bit helped these days. “I’m in the middle of something.”

“Well, it won’t take long. I haven’t talked to you in ages, and there’s so much I need to tell you,” she drawled. “Life is short, baby, and it’s important to reconnect with you in my old age.” She paused, and her slow inhalation echoed through the phone. “You’re the only family I have left.”

When Beverlee pulled out the guilt card, the conversation always shifted into overtime. I plopped down on the sofa and rested my head against the cushion with a resigned sigh. “It’s always nice to hear from you,” I said, rubbing the bridge of my nose.

She paused, then released another deep, shaky breath. When she finally replied, her voice was soft and tentative. “I know you’re busy, but I was hoping …”

Beverlee was never tentative, so I leaned forward, a sudden rush of concern quickening my pulse. “What’s going on, Beverlee?”

Then she dropped the bombshell. “Something has happened, baby. Something serious. I need you to come home. Today.”

Which is how I’d ended up here, tapping my foot against a road made of crushed-up oyster shells in an empty lot, waiting for Beverlee to deliver her terrible news in person.

What a fun book to read! I laughed the whole time! And Matilda the chicken was super hilarious!
Christine 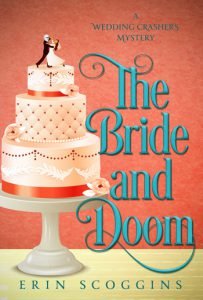 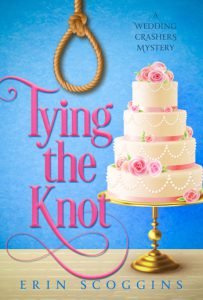 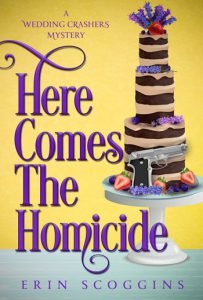